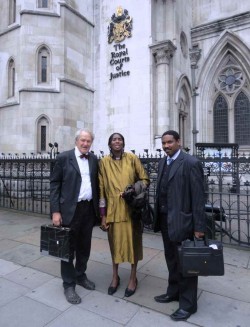 M Kirk with the Musas outside the RCJ lst September 2012

Supporters, please now go out and disseminate this recording (and 74 others later) of your typical judge in Cardiff waxing elequent across the Principality, expecting  some of us to tolerate an ounce of his jibberish.

God help the indigenous population when they  finally get judicial autonomy.

Do you recognise my photo of the Coronation Street lying  little b**tch, who’s name escapes me and who opened the door to me but committed perjury while telling the jury what then happened. Did it affectthe Nigerian Musa Haringay Council six snatched chilodren trial? It gave the parents seven imprisonment LONG OVERDUE for an appeal

Well worth a visit with candy floss and ice cream served in the interval.

Your asking why I need these doctors to give evidence, following District Judge Bodfan Jenkins’ predictable refusal to allow me to have a ‘restraining order’ varied, in order to receive medical attention, I would of thought somewhat obvious.

This gentleman wrote the enclosed 30th September 2009 psychiatric report for Cardiff Crown and civil courts recommending I be further sectioned under the 1983 Mental Health Act but registered IPP, Imprisonment for Public Protection, probably for life.

This Welsh doctor pressed that I be transferred to Ashworth High Security Psychiatric Hospital but, he wrote, only because of  threats to him by a Norman Scarth RN Rtd as Caswell Clinic was only a medium security psychiatric prison with a 14ft fence.

On 2nd December 2009 this individual, fully supported by Crown Prosecutor barrister, Richard Thomlow and already accepted by at least seven previous Welsh judges, all recommending my continued incarceration, whilst unconvicted and that I must remain locked up in either Cardiff prison or in his own experimental facility, Caswell Clinic.

This police doctor always gave this information (transcripts enclosed), in my absence, for some reason and always without my designated legal representation present. This time, before His Honour Judge Neil bidder QC, he stated I may have a brain tumour but that I suffered ‘significant brain damage’ that was, most likely, irreversible.

No one notified moi of any of this until many, many months later when I luckily escaped by being released from prison. I had been found not guilty for trading in WW1Lewis machine guns, other alleged prohibited weapons and being in possession of a small arsenal of machine gun ammunition enough, apparently, to start a war.

have since then experienced not inconsiderable inconvenience in my failed attempts for clarification of this medical evidence, little obtained only by my three times having to apply, for my own medical records, under the Freedom of Information Act!

No one, to date, in the Principality has indicated the moral fibre to simply elucidate. 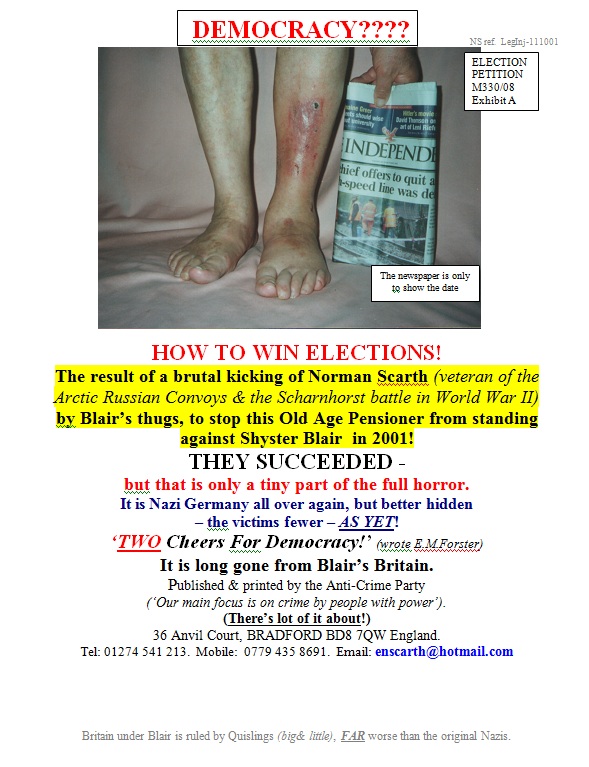