My name is Ben Fellows I am an investigative journalist and filmmaker being the London 2012 Olympic Whistleblower. I recently made accusations against Ken Clarke MP and “others” for being paedophiles and child abusers. The Police instead of supporting me and investigating my case have simply said that Ken Clark and “others” are “Above the law”.I have spent seven days on the run before speaking at Bilderberg meeting in Watford, I have now had to return into hiding, I have had to leave my home as my life and my families life have been threatened, my wife and I have separated, my utube, facebook and twitter accounts have been taken down, all my money has gone and I’m staying in safe houses around the country.

Please help me continue this fight to expose the truth by donating whatever you can afford in order for me to be able to survive, travel and take the fight to the Politicians door. The more I can raise the more I will do to protect all our children from high level Paedophiles, child abusers and their protectors.

I will secure a new place to live so I’m no longer homeless, then I will use the money to help and support me fight these people. It is only when we come together and expose these people will our children be safe and victims of institutional child abuse will have justice.

Once the mainstream media have reported on my story then I will be safer and hopefully will be able to return home.

Thank you from the bottom of my heart

DAY FOUR: We’ve camped in Chudleigh having our feet and blisters taken care of. We’re drinking lots of distilled water, rubbing cider vinegar on our feet which is helping to harden up all the skin and after just a few hours we’re all feeling great. We are now a team of five having been joined by Nick of the Devon Clan yesterday. Looking forward to heading into Exeter by Saturday, then its off to Stonehenge as we make this monumental walk into London. We are all in good spirits and everyone is talking about all sorts of different subjects. Thank you to everyone for all your support. Please continue donating as we can’t do this without you. Thank you once again
Ben x
———————————————————
Sat. 22 June 13: New Update from Ben…
Just brought some more camping gear, kettle, stove, gas and an airbed. I’m a city dweller so have to be comfy! The team so far is Hannah, Mark and Me so we need all the support we can get. Must remember to keep room for all the computer and electronic gear! Going to rest this afternoon, then pick Hannah up from the bus station with Mark tonight. Getting excited and a little nervous. I feel like Frodo preparing to set off to Mordor!!!
BEN FELLOWS UPDATE 21/06/13 +  RALLY @ the WEEKEND  + MORE…

Ben Fellows update 21 06 2013
Just finished packing my bag ready…
Just finished packing my bag ready for Sunday the 300 mile walk to London.  Might still have to leave some things behind! I’ve been contacted by a mainstream journalist again today so hopefully the story will break over the weekend if they decide to run the story that is.  At least I’m not D-Noticed anymore which can only mean one thing, that Ken Clarks days are numbered. Watch this space…as you’ll be the first to know.

Dozens of photographers crowded  around Mr Clifford outside court
PR consultant Max Clifford has pleaded not guilty to 11  charges of indecent assault allegedly committed between 1966 and 1985.

The alleged offences relate to seven different women and girls ranging in age  from 14 to 19.
At the hearing at Westminster Magistrates’ Court, Mr Clifford, from Hersham,  Surrey, was remanded on bail.
The 70-year-old, who says the claims are “without foundation”, will appear at  Southwark Crown Court next month.
Speaking outside court, Mr Clifford said: “I’m totally innocent of these  allegations and the nightmare continues.”
He said his lawyers were just being informed of the identity of the  complainants.
“Since December I’ve been in the dark and people have made accusations from a  long time ago,” he added.
On his arrival at court, dozens of photographers and camera crews crowded  around Mr Clifford and his wife. Several members of the public shouted  abuse.
BBC correspondent Sangita Myska said Mr Clifford looked very shaken and his  wife appeared to be on the brink of tears.
Under the bail conditions, he must live at his Surrey home and is not allowed  to contact prosecution witnesses.
The full list of offences relating to seven complainants are:

Mr Clifford was arrested in December under Operation Yewtree – set up  following allegations about Jimmy Savile – but his arrest was unrelated to  Savile.
Operation Yewtree has three strands. One concerns Savile’s crimes  exclusively, while another relates to allegations against Savile and others.
The third strand, under which Mr Clifford was arrested, concentrates on  accusations unconnected to the Savile investigations but which emerged as a  result of the publicity surrounding the former BBC presenter and DJ. source:  http://www.bbc.co.uk/news/uk-22684980

Police warn Ben Fellows to  stay off the internet

UPDATE SUNDAY 11th  May 2013 –  Ben responds to the advice given by the Police with full disclosure  of Kengate and much else besides on three youtube tapes of his interview with  the Police from November 2012.
Follow-on tapes  on, covering his experiences at the hands of a string of powerful famous people  –
http://the-tap.blogspot.co.uk/2013/05/full-disclosure-ben-fellows-police.html 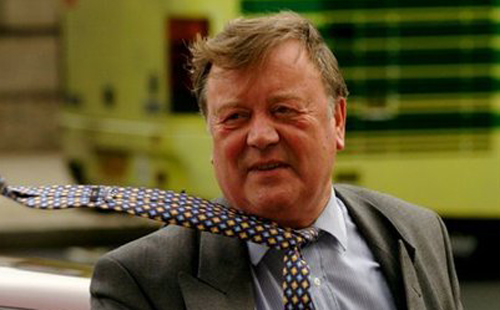