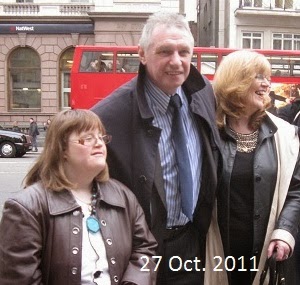 Robert Green Remanded until Friday Feb. 21st
Dear All, Following a “solomn” hearing of the charge yesterday afternoon (‘solemn’ is more serious than ‘summary’ under Scottish law) Robert was retained on remand and was taken to Perth Prison late yesterday evening.

(Reason for Perth is that Aberdeen/Craiginches where he was before is closed so prisoners automatically get transferred there.)

The proceedings against him will resume on Friday 21st February back in Aberdeen, support is needed, please!

we can imagine why.

URGENT: a solicitor is needed to represent Robert on Friday, needs obviously to be based in Scotland and/or familiar with Scottish law. My assumption that the charge ‘Breach of a Non-Harassment Order’ relates to the ‘perpetual interdict’ (= ‘permanent injunction’) placed on him against ‘harassment’ of a certain person may or may not be correct, the solicitor will be able to find that out.

Please get in touch asap if you know anyone who might be able to take this on?

Thanks again for all the emails/messages, I’ll try to answer but bear with me!

Robert and Hollie on her 31st birthday

“News Flash – Can you help?
The UK Column team were informed this morning that Robert Green had been arrested at his home in Warrington Cheshire by Sgt Robinson Cheshire Police PC3158 and Detective Inspector Drummond of the Aberdeen Police, a unit of Police Scotland. Drummond claimed to have a Search Warrant for Robert Green’s home but told family members that they would wait for Robert to return home rather than just breaking in.
It is understood that Robert Green was arrested at about 1130 today and had his home searched and computers and other possessions taken by Det Insp Drummond. It is also understood that this officer was involved in the previous arrest of Robert as he campaigned to protect children from high level abusers in Scotland.
Police Scotland confirmed at 1915 this evening that Robert was in custody at Queens Road Police Station Aberdeen Scotland.
According to close family members, Drummond stated this morning that Robert had been arrested for breach of a Non Molestation Order which is believed to have been issued with regard to recent court actions by former Head of Law Scotland Procurator Fiscal Elish Angiolini. Robert Green has campaigned vigorously in recent years for justice for child sexual abuse victim Hollie Grieg and has alleged that the Scottish Establishment has covered up the abuse and that Angiolini failed to take appropriate action when informed of the abuse.
Robert’s family are very concerned for his welfare and safety at the hands of Police Scotland, particularly since he was abused by being held in solitary confinement for four days when last arrested by Scottish Police. The arrest took place whilst Robert was trying to raise public awareness in Aberdeen of the abuse of children in Scotland and abuse cover-ups by the police, courts and wider establishment.
The abuse of power by Police Scotland has continued in this latest arrest, as Robert has been denied his own Solicitor, as offered by the family. Police Scotland maintained that Robert had been offered a Scottish Panel Solicitor but had refused those named. Robert therefore remains unrepresented in Scotland under a law system alien to English Common Law.
Family members were bemused this evening when Inspector Drummond asked if they agreed with the actions Robert Green had taken. When asked for clarification Inspector Drummond appeared to suggest that Robert had been arrested for posting further statements about Angiolini on his web blog. The family stated they were simply concerned with Robert’s welfare.
Police Scotland, now the powerful State police for the whole of Scotland, reported that Robert had only been ‘detained’ and that he would be held for 12 hours and then either charged or released. Timings would indicate that Robert arrived at Aberdeen around 1900 this evening and therefore a decision should have been reached by early  tomorrow morning.
Conservative MP for Warrington South David Mowat has been informed of Robert’s arrest, and family and friends are hopeful that this Conservative MP will take action to support Robert, particularly in ensuring he has full and proper legal representation. Mr Mowat can be contacted on 0207 219 7178 or 01925 231267 or david.mowat.mp@parliament.uk.
If you are concerned with Robert’s welfare or the conduct of Detective Inspector Drummond Aberdeen Police or the Scottish Police under Chief Constable Scotland Sir Stephen House please ring 01786 289 070. Remember to be polite and reasonable in expressing your concerns.
Please distribute this press release widely and do take action with the appropriate authorities to express your concerns at Robert’s arrest and treatment.” 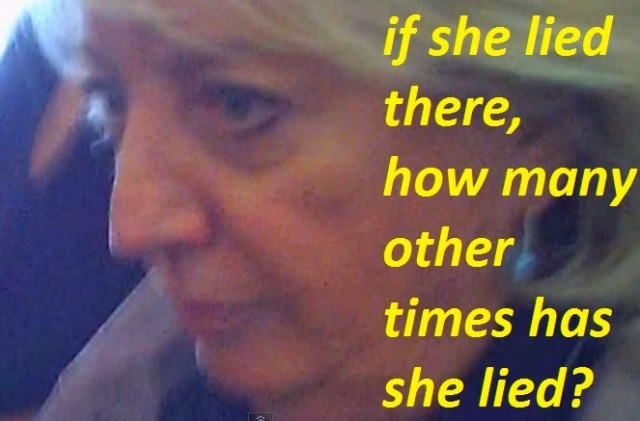 “Requst to ALL steadfast supports of Anne and Hollie Greig.

Please help spread this video to all your friends — and ask them to help with the campaign.

We need to spread this video FAR and WIDE so that ‘they’ cannot get them ALL taken down off YouTube, as they have done to the first video version of this film. Thank you!
This video is supplied by an anonymous source.

Even after this lengthy passage of time, it seems totally inexplicable as to why this particular woman, Sylvia Major, (Hollie’s father’s cousin), would attend the High Court in London (700 miles from her home), having been named as a perpetrator of these vile allegations. It must be noted, Major was one of 4 people mentioned in Dr Eva Harding’s report from her interview with Hollie that convinced the Criminal Injuries Compensation Authority. Major and Dragon claimed to have been suffering from trauma as a result of the allegations at Robert Green’s trial. It seems too coincidental that only two weeks later she had made a remarkable recovery and went to London a day earlier for other business and just happened to walk to the High Court to attend the hearing, to which she was not a party.

Too much of a coincidence when the hearing had nothing to do with allegations made against her. She sat directly behind Hollie.

Could these 2 seemingly sweet little old ladies’ turn out to be the latest victims of these techno-gangsters (infiltrators), their friends John Taylor, Steven Milne, alias, alias & Sarah Mcleod, who are going around filming all and anyone in a combative engagement on ultra-sensitive issues in Scotland, in order to cash in on anyone who will pay them for their services, regardless of which side of the moral divide they happen to be on? Are they on the payroll of Levy & McRae’s investigative team? Were they the ones who were paid £700 by Sheriff Buchanan through PDI Investigations to video Robert Green? We must say they have been particularly helpful by doing an interview with these two women, caught lying on camera, nice one thank you. As they say, if you give people enough rope they will hang themselves with their own words.
And hung themselves they have.

In this video, Major claims she did not sit behind Hollie in the High Court, this video proves she is a LIAR.”