Posted on September 5, 2014 by butlincat

The nefarious plot to isolate Maurice

Maurice writes of the way in which the system is being manipulated in order to separate him from his legal papers, his funds, visitors. and more. The whole charade of releasing him on licence, under ridiculous one hour curfew conditions, only to have him recalled to prison within a week, without any evidence of wrongdoing, was just a ploy to isolate him from any chance of winning his civil case against the South Wales police and exposing the greed and corruption that is so rampant in public office.

He seems to be up against a wall, with every move stymied before he has made it. All his attempts to use the safeguards built in to our Law to expose the plot against him come to nothing, bogged down in the mire of indifference to the truth. Sunk in the fog of cognitive dissonance.

The perpetrators of this perversion and deception of the people of this country should take note, the paedophilic scum in the higher echelons of public life are being exposed, one by one for what they are. The satanic scum who are bastardising our justice system in their own interests are surely not far behind them!

There is only one other victim of police persecution who can ‘compete’ with the torture that Maurice has to endure: survivor of sexual abuse and whistleblower of paedophilia Brian Pead, author of From Hillsborough to Lambeth. They are both Litigants in Person prevented from advancing their cases from ‘within’!”
by G.

2 sheets from the well known  legal firm “Dolmans Solicitors” [directly below],  and 2 sheets from the GMC, who claim they do not have the power to change the false report of M Kirk having a “brain tumour” – that false report made by the doctor who controlled the Caswell Clinic where MK was incarcerated for 3 months during his 8 month imprisonment in 2009, before being released without a bye or a leave, and without a penny compensation for false imprisonmet for 8 months. MK has been imprisoned at least 17 times since 2009, locked away for a period of nearly 3 years – for what? there were next to no actual genuine convictions made to justify those imprisonments – so why the victimisation? Could it be that MK has long running civil cases against the S Wales police – and those imprisonments were made to halt his progress in those cases – exactly as he is being imprisoned now – to halt his progress? Of course it could be – AND IT IS!!!

Regarding the 2 sheets from the GMC [above] – they claim they do not have the power to make null and void  the false report made by this doctor claiming MK had a “brain tumour” when he hadnt – the report made without any medical examination anyway of MK. Have you ever heard anything so ridiculous?
How come this doctor is left free to practice at all when he’s manufactured a false report thats caused so much grief for a citizen?
How many other false reports on citizens has he made, and if he has – why hasn’t he been reprimanded for such an unspeakable act? Who else has suffered at his hands?
Why hasnt he been charged and convicted of making such a blatantly false report which has been used by judges in courts of law?
Why is he, as we are told, “immune from prosecution” from British justice? And more to the point – what did he do to get into that unique clique that is above the law that arent bound by British justice [what there is of it]?
It is truly disgraceful what is going on here.
It appears not to matter that a subsequent official NHS “brain scan” proves beyond a shadow of a doubt that MK has no “brain tumour”! [the reports here: http://www.butlincat.wordpress.com/2014/03/07/m-kirk-position-statement-3-march-14-letter-from-prison-healthcare/ ].

Even the HMP Cardiff “Healthcare” doctor has written a formal letter stating MK had no “brain tumour” – so WHY DO THE GMC REFUSE TO CHANGE THIS FALSE REPORT? IT IS RUBBISH AND 100% INACCURATE!! 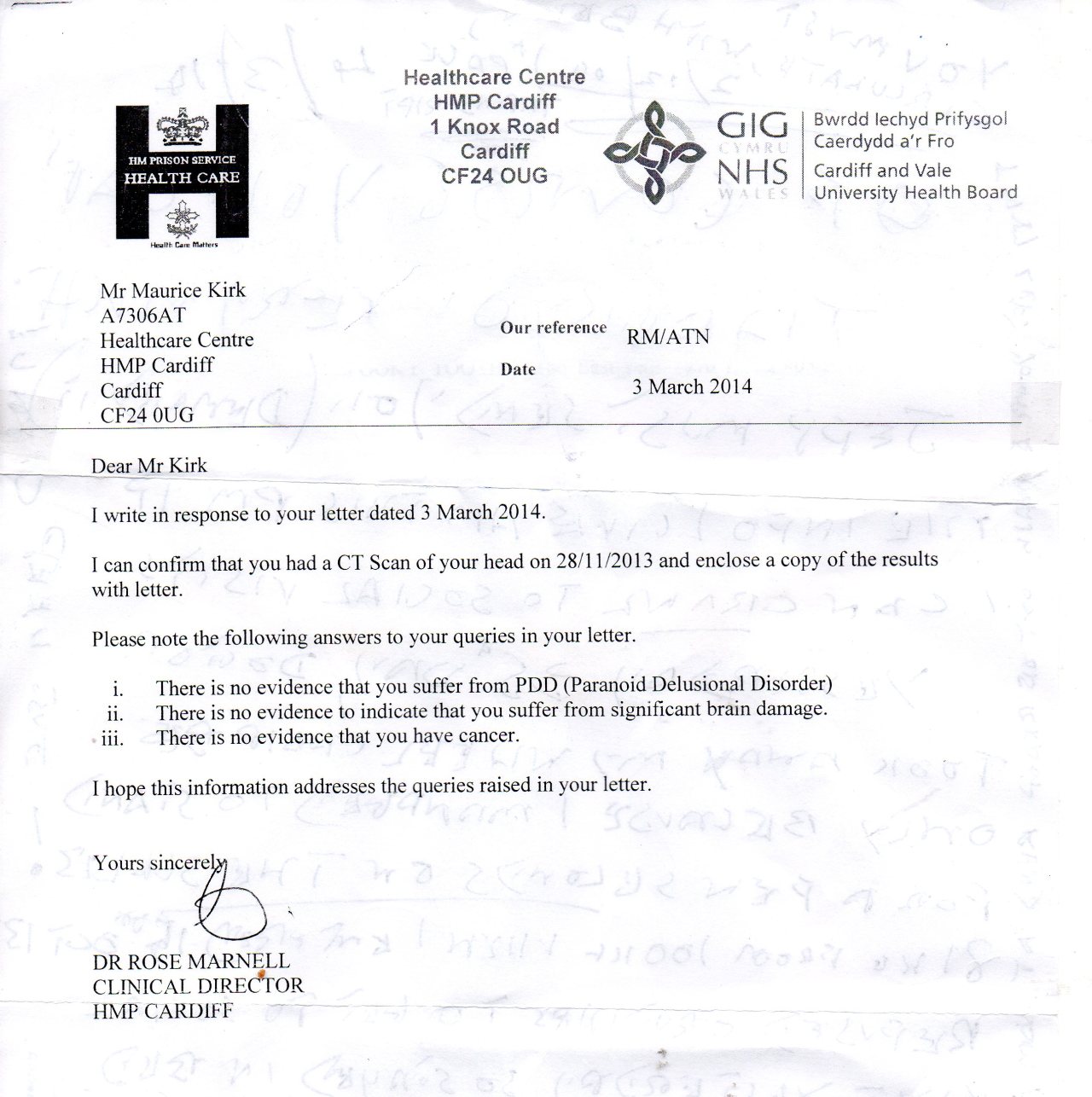 Stephen Barclay, the Conservative MP, warns families who lose loved ones through “medical incompetence” are suffering “double injustice” as those responsible are not held to account

Taken across the NHS, the figures suggest it is facing a shortage of 15,000 nurses and 4,000 doctors

Dozens of doctors accused of serious malpractice have escaped disciplinary hearings by taking early retirement, according to new figures.

Stephen Barclay, a Conservative MP, said families who have lost loved ones because of “medical incompetence” are suffering further “injustice” because those responsible are not held to account.

Figures obtained by Mr Barclay reveal that 39 doctors have removed themselves from the medical register – a process known as “voluntary erasure” – in the last three years instead of facing investigations into their fitness to practise.

The GMC has refused to release the names of all bar seven of the doctors, despite concerns that they could still be working either in the healthcare sector even in Britain or abroad.

There are additional concerns that the system means that serious clinical malpractise is not properly investigated. Mr Barclay called for the loophole to be closed to end the “culture of secrecy”.

He called on the government to make “urgent amendments” to the Medical Act to close the loophole.

He said: “There is a systemic failure in the disciplinary process that applies to doctors which gives insufficient weight to patients and their families. Voluntary erasure enables GPs to play for time, delay disciplinary hearings and then to walk away before they have concluded.

“There is a culture of secrecy because names are routinely not made public. In other cases, where doctors have been named, they are able to call a halt to their own disciplinary case.

“It is a double tragedy for families. The tragedy of clinical incompetence is compounded by a failure of the disciplinary process. There is a wider point as the failure to reach a conclusion in these cases means nothing is proven, and therefore the wider lessons to be learnt are not being highlighted.”

Rob Jones, an obstetrician who delivered David Cameron’s daughter Florence, was allowed to stand down despite a ‘surgical incident’ and amid concerns he may have failed to spot cancerous tumours in patients.

Erasure is granted if doctors are in the later stages of their careers, if there is a strong likelihood they would not return to practice in the UK or elsewhere and if it is in the interests of patient safety to remove them from the register.

They can no longer practice in the UK, and the GMC also alerts other authorities throughout the world.

In many cases, though, the GMC rules that it is in the public interest for doctors to appear before panels.

Niall Dickson, chief executive of the General Medical Council, said: “Let us be clear a doctor who takes voluntary erasure while under our procedures cannot practise medicine in the UK.

“There is no better way to protect the public than stopping them from practising as a doctor. If at any time they then tried to get back on the register the case against them would become active again and where there are serious concerns realistically it is highly unlikely they could ever practise again.

“However we have called for a further reform in this area. Where doctors want to leave the register while under investigation we would like to have power to give them the equivalent of a ‘dishonourable discharge’ – where they accept they were facing serious allegations, they want to leave and we want them to go.

“Unfortunately this reform like many others is currently stuck in a legislative logjam – we very much hope it will be taken up by the government in power after the next election.”

Maurice in happier days, when practising as a vetinerary surgeon, before they took that away from him, and his licence to fly his airplanes. How cheap and low they are!