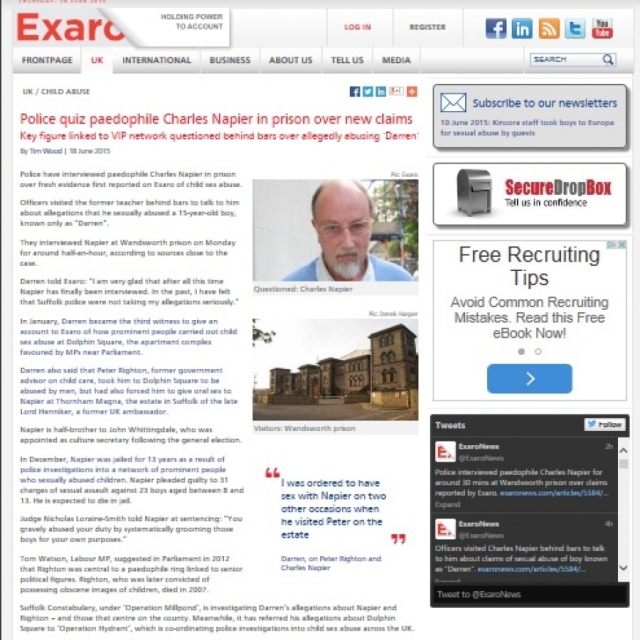 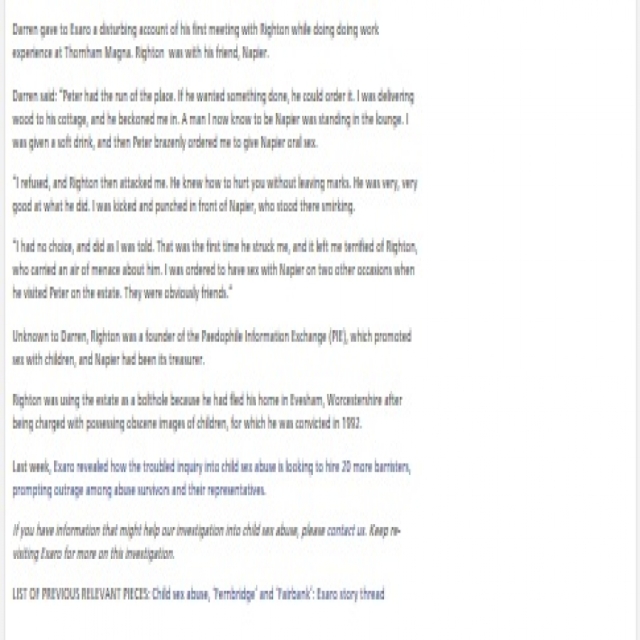 source: http://www.exaronews.com/articles/5584/police-quiz-paedophile-charles-napier-in-prison-over-new-claims#.VYKbR8GVZ1t.twitter
———————————————————————————————————————
Nottinghamshire Child Abuse  18 june 15 on facebook:
“NOTTINGHAM CITY COUNCILS Beechwood Children’s Home the real “HELL HOUSE” for many children who suffered abuse at the hands of those who where meant to care for them.If only those walls could speak. Now silenced for ever.THIS IS A CRIME SCENE WHY IS IT BEING DEMOLISHED ESPECIALLY SO WHEN POLICE INVESTIGATIONS ARE SUPPOSEDLY ONGOING ???. MANY SURVIVORS HAVE BEEN TOLD THAT THEIR RECORDS WHILST THEY WHERE IN THE CARE SYSTEM HAVE BEEN DESTROYED AND THERE IS NO RECORD OF THEM EVER HAVING BEEN HERE BUT THEY WOULD BE ABLE TO DESCRIBE THE LAYOUT OF THE PLACE WHICH COULD BE OF PROOF AND EVIDENCE THAT THEY WHERE AT BEECHWOOD.ONCE AGAIN IT STINKS OF COVER UP ON A MASSIVE SCALE TO ME………”SILENCE LIKE A CANCER GROWS”
————————————————————
Doncaster sex abuse victim ‘would wake up screaming’, court told
Thursday 18 June 2015

An alleged paedophile from Doncaster twice escaped justice because victims were brushed off when they tried to make complaints, a court heard.

One woman went to police in 2007 to claim she had been sexually abused by Stephen Noy, but was deterred from taking action.
And another woman said she raised similar claims with her social worker, but dropped the matter after she was warned of the effect they would have on Noy and his family.

Noy, aged 57, of Bernard Road, Edlington, denies eight charges of indecent assault from before 1990 and two counts of having sexual intercourse with a girl under 13 between 1988 and 1992.

Robert Underwood, prosecuting at Nottingham Crown Court, said: “When challenged, Noy’s response to the police was there was no truth in it at all.
“We contend this man is a predatory paedophile, unable to contain his own lustful desires and who decided to take it upon himself to sexually abuse.”
The first woman said a male officer told her it would be difficult to prosecute Noy because it was ‘her word against his’.
The woman, who said the incidents took place in the 1980s, when she was aged under five, said: “He said it would be hard to prove.”

However, she said details of the abuse began to haunt her.
“My memories came back at all times of the day and night,” she said. “It took over everything. If I did fall asleep, I had a nightmare. I can feel him touching me, even though it happened years ago. I would wake up screaming.”
The court was told the second woman had problems before she met Noy.
When he began to abuse her, she initially regarded it as ‘someone showing her attention’.

She said Noy encouraged her to have sex with another man.
When she later reported the conduct to her social worker, she was told: ““If you pursue it, think of the effect on Mr Noy’s family.”…[which uncaring moron said that, with their wages paid by the taxpayer!…ed.]