Health Select Committee: Set up an Inquiry into…

11 Oct 2015 — Sources inform me that a number of NHS whistleblowers have been arrested on spurious allegations. I think the rough total we know about is about 10.

I would be grateful if those arrested and reported to the police by NHS authorities would outline their cases briefly and send them to me. I am interested in how the NHS and related authorities do use the police as reprisal to deviate from safety issues in general.

I am aware of police reports and criminal trials of doctors reported following their reports on safety concerns in hospitals. Following the clearance by the police, the GMC ran the cases. If people believe double jeopardy does not exist then think again. Multiple investigations on the same spurious allegations is probably quite common. 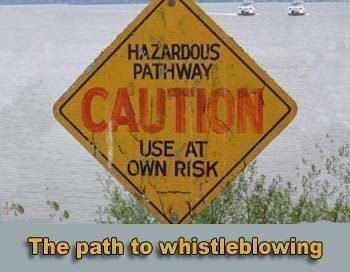 The issues in the NHS for whistleblowers have been recognized for decades. Sadly, several reviews have failed to secure substantial action to prevent reprisals against whistleblowers. The most recent, the “Freedom to Speak up Review” led by Sir Robert Francis QC was no different. It has been far easier for governments and the healthcare professions to pay lip service to the idea of protecting whistleblowers. This is particularly acute in the UK as almost all healthcare is the responsibility of government. Taking whistleblowers seriously would involve a degree of political risk.

The Francis Review was fundamentally flawed in its execution. There was not any attempt at a systemic review of whistleblowing. Further there were inherent conflicts of interest for many of the actors. Advisers to the review had vested interests and undeclared conflicts that were not vetted. Francis himself had represented NHS management as a barrister in the Bristol Inquiry against Prof Steve Bolsin ( a whistleblower). It is reasonable to consider that the government’s claim that this review was “independent” was entirely misleading. Sir Robert Francis was seen as a “safe pair of hands”, given his work on the Mid Staffordshire Public Inquiry which has served the interests of the Conservative Party so well.

No medical organisations were investigated or held to account, for example the various professional regulatory bodies and the medical Royal Colleges. Historical cases were not assessed to see what changes in patient safety measures may be required to change the future for the better. Flaws in past cases and a failure of accountability were not criticised or addressed. Both the Francis and Hooper (GMC-commissioned review into medical whistleblowers) reviews based on the “no blame” concept will not achieve any system change or accountability . What is required is a “just culture”. Without apportioning blame, there can be no accountability. Systemic corruption, mismanagement and threats to patient safety will continue undeterred. Neither review will act as a deterrent for bad organisational behaviour.

Sadly the small group of whistleblowers were satiisfied with a review, rather pushing for the full public inquiry. They now bitterly regret this decision apparently. Francis’ recommendations offer no real protection for whistleblowers in the future. They only give the appearance of doing something, without committing the government to doing anything substantial.

It’s for this very reason that a statutory public inquiry is urgently required. A body of reliable evidence is required to ensure workable and realistic recommendations. From this, effective solutions could be developed to make sure the NHS changes in the future. Two areas that would be helped by this inquiry are preventable deaths and reducing the current high cost of medical litigation. Currently the NHS litigation bill is £15.7 billion. Many of these proceedings result in out of court settlements. This results in a failure of accountability by the NHS to the public. [ Financial Times].

These conclusions were drawn from the research paper Whistleblowing and Patient Safety: The Patient’s or the profession’s interest at stake?
“Our recommendations are firstly that the profession, through the GMC or BMA Council, should commission a Consultation Group on Reporting Poor Care. This Group will examine the consequences to all parties from incidents of reported poor care. Second, the Government should consider establishing a Health Select Committee Review [solely] of Whistleblowing that would make impartial recommendations to Government and the profession. Third, the Government should consider setting up and resourcing a National Whistleblowing Centre similar to that in the US. We believe that only by open public scrutiny will constructive change be cemented into exemplary clinical practice”
This can be downloaded here:

For all that Jeremy Hunt talks about “intelligent transparency” and how the difficult process of effecting change has been painful, he has singularly failed to grasp the nettle. The failure of protection for whistleblowers continues to protect the vested interests of NHS managements and senior healthcare professionals. Instead, he has presided over a process of “show trials” using the stories of whistleblowers which have not been vetted to present himself as the champion of patients. Vexatious whistleblowers are a very real problem. Sir Robert Francis himself commented that it would be impossible to sort the intricacies of many of the whistleblowing cases he reviewed. That was certainly no exoneration of the supposed whistleblowers involved.

Many of the whistleblowers involved in the Francis Review were from one campaigning group with strong links to large legal firms. Medical negligence lawyers have no interest in improving the NHS, only in litigating against it. This achieves very little, and arguably is the biggest driver against a culture of openness and improvement.

In reality, the NHS’s culture has not changed as demonstrated by the Bristol, Shipman and Mid Staffordshire Inquiries. This closed door culture obsessed with protecting its own has now sought to create a facade that they are “improving the system.” This gives the public a false sense of security. The Mid Staffordshire Inquiries took a broad brush approach to whistleblowing and made recommendations that have no evidence to demonstrate their success. Many aspects of whistleblowing such as the impact of organisation reprisal were not examined by the Inquiry. In the interest of patient safety, we must insist that a full blown public inquiry is undertaken immediately.

1. Has seen parts of the damning Department of Health files held on me where DH officials discussed prosecuting me in 1999 to set an example. It’s a pathetic situation when junior doctors are targeted by officialdom to conceal poor health care. The Department of Health redacted those files heavily but here are some extracted documents. [ Ward 87 ]

2. I do not support AVMA, Patient First or any organisation that encourages litigation against the NHS.

12 Oct 2015 — There was an NHS whistleblower at Gosport Memorial Hospital. We often wonder why the tabloids did not make a big deal of this important person.

It was left to the patients relatives to campaign for an Inquiry. They managed it. I am always honoured to know my friend Ann Reeves, probably the most admirable campaigner I have known. She has kept strong and carried on for many years. Gosport requires justice. The issue relates to the use of drug cocktails to shorten lives of patients.

I am not sure the terms of reference go far enough in examining the spectacular failures by the CPS, the Police, the NHS authorities in bringing this case to justice. We shall see what they come up with.

It should be noted that we discovered that Dr Jane Barton’s [ the doctor accused in this case] had a brother called Professor Christopher Bulstrode who was part of the GMC during the time she was being tried. This is the most entertaining of his quotes.

“Professor Chris Bulstrode, of Oxford University, a consultant orthopaedic surgeon and member of the GMC, said: ‘This website is a great idea and will put the cat among the pigeons with the medical profession, which is just what’s needed. Doctors will feel threatened, and rightly, as one or two will find their trousers round their ankles.’
http://www.theguardian.com/society/2008/jul/13/nhs.health

I hope Bulstrode is turning up to the Inquiry and I hope the GMC will open its doors to maintain transparency. We all need to see what lies beneath the GMC’s usual glossy image.

I thought the CHRE review was quite a classic, Robert Jay QC [ originally my lawyer in Pal v GMC] defended the CHRE and Jane Barton swanned off into the sunset. The document I wrote for this review is always quite popular as bed time reading http://www.academia.edu/3215736/Submission_to_the_CHRE_review_into_the_GMCs_Decision_RE_Dr_Jane_Barton . Apparently, the CHRE could not consider it as it was a few hours late :).

Dr Jane Barton was allowed off the GMC register without a stain on her name. The NHS also gave her a pension. We should note that the NHS has never offered whistleblowers like me a pension for my old age despite the fact one of us served to uphold patient safety and the other one didn’t do much for it.

The GMC acted in a very lenient way in the case of Dr Barton and the Daily Wail describes it well here when they screamed about Barton being able to carry on working despite the findings against her.

In comparison, I wonder how many whistleblowers, the GMC has got fired. Certainly, they engaged my Trust into firing me 6 months before they cleared me. When they got to the court, they stated it was a resignation despite the fact a letter had been sent to me firing me. That is of course the beauty of hiring a QC for thousands. The GMC can convince the world of their own version of the truth. Then there is the minor point of the legions of medical whistleblowers who were struck off – Dr Sushant Varma, Dr Shreedar Vaidya etc. None of these doctors ever killed a patient.

The GMC’s role in the Barton case may escape scrutiny yet again but at some point, someone should ask the questions as to why the GMC refused doctors with severe dementia the right to voluntary erasure but agreed to it in Barton’s case. The GMC’s famous quote

“Niall Dickson, the GMC’s chief executive, said afterwards: ‘We are surprised by the decision to apply conditions in this case. Our view was the doctor’s name should have been erased from the medical register following the panels finding of serious professional misconduct.We will be carefully reviewing the decision before deciding what further action, if any, may be necessary.’ The panel was made up of four lay members and a doctor.

Of course, the words of ex BBC Journalist Mr Dickson did not stand the scrutiny of time. Where was this review? What did they do subsequent to their statement in the media. Well, they hoped that the entire case would be shoved under the carpet and that everyone could live happily ever after.

Of course, when dealing with tough campaigners like Ann Reeves, there is no happily ever after until justice is truly served. I think the establishment has learned that by now.

1 Response to NHS WHISTLEBLOWER ARRESTS + GOSPORT: “the use of drug cocktails to shorten lives of patients” – DR RITA PAL 12/10/15 –