#Whistleblower Kids are telling the truth: Britain is run by Satanists 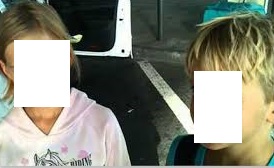 Alisa and Gabriel are two of the bravest children to have ever walked this earth.

Despite being threatened with death by their psychotic shit-faced father, Ricky Dearman, they came forward and told the world of their treatment at the hands of Britain’s Satanic filth. 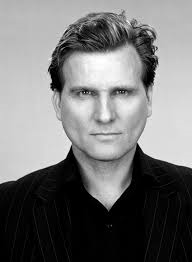 They told us all that they were being sadistically raped and abused by teachers, social workers, parents , vicars, solicitors and many others at their Hampstead primary school, Christchurch.

Quite unbelievably, despite damning medical and witness evidences, no police investigation has ever taken place.

Instead, we were witness to one of the biggest establishment cover-ups this country has ever seen.

Complicit bitch Judge Pauffley completely ignored all testimony from the children and set about annihilating the children’s mother by way of a brutal character assassination.

Local Satanic-rag, the Ham and High, came out in full-force in defence of the accused child-abusers and against the mother.

The reason being is that their owners are also part of the vile child-abuse ring which swamps Britain.

Please don’t be fooled into thinking that the “Hampstead” scandal is limited to a few schools in London either.

The child-raping, devil-worshipping, baby-murdering, torture ring is going on right across this fucked-up island.

Only now, due to Alisa and Gabriel’s brave testimony, have we been able to hear from the mouth of babes, the level of depravity involved.

Because dear reader know this.

Behind the pomp and pageantry of Filthy Britain lies a most disturbing and evil secret.

At this very moment children are being buggered to death in this country by the very crème de la crème of society.

They are being battered into silence.

Their legs are being broken.

Their necks are being slit open.

Their blood is being drained.

They are being forced into murderous rituals.

The viewers of this filth include royals, ministers, doctors, teachers, military officers, rabbis, lawyers, judges, showbiz stars and businessmen, to name but a few.

This is Britain’s’ dirty secret.

Exposed, for the whole world to see:

We are run by Satanic child-murderers who gain pleasure from seeing babies and children brutally beaten-up, raped and killed.

We intend to bring this whole shower of shite down if it’s the last fucking thing we do.

So help us God.

The clock is ticking now.

It’s only a matter of time.

4 Responses to #Whistleblower Kids are telling the truth: Britain is run by Satanists