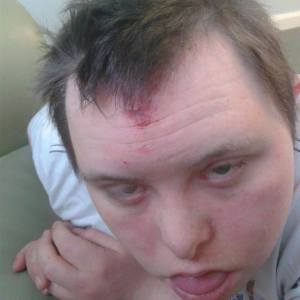 On the 4th February 2015, Thomas Rawnsley’s life support unit was switched off.

He was just 20, Downs and autistic but physically fit.

It is 4 years since Thomas was removed from his sisters and mother to Norcott Lodge to his ‘independent’ life in his own bungalow in his ‘local community’ with 24/7 support .

But Norcott Lodge carers blew the whistle, after a particularly horrific night shift, when a worker, who had been targeting and abusing Thomas for six months, kicking him into his bedroom and bending his fingers back with the words, ‘ Let’s see how many fingers I can break this time ‘, but as Thomas was double jointed he had not succeeded.
https://finolamoss.wordpress.com/2016/01/18/thomas-rawnsley-2012-13-bullied-and-assaulted-in-independent-living/

It is 3 years since Thomas deeply traumatised by this abuse, was removed to a mental hospital because staff at Norcott Lodge found him now difficult to manage.
It is 2 and a half years since Thomas,  now 20, was removed against his parent’s wishes,50 miles away to Sheffield, by the Court of Protection under the Mental Capacity Act to resume his ‘independent’ living, now termed, ‘community living’ in Kingdom House owned by Lifeways/ Cambian Group .
https://finolamoss.wordpress.com/2016/01/24/thomas-rawnsley-atu-kingdom-house-lifeways-billion-profits-from-social-care/

Shortly after Thomas’ arrival  in Kingdom House, his mother made the speech below, at a meeting of parents, whose children were being detained under Mental Health Act section in treatment units, despite the fact, that Thomas was not detained under MHA in a Unit, but in ‘community living,’ where these parents at best, were promised their children would be removed to.
Paula Rawnsley tells the group how Thomas phoned her every night sobbing because he wanted to come home.
5 months later he was dead.

Thomas’ parents had complained to everyone including the Care Quality Commission in the months before his death, and two weeks before had told meetings of managers and lawyers they were killing their son.
But the Local Authority did nothing except gain a gagging order from the Court of Protection to prevent his parents speaking to anyone.
Here is a video his Mum took of Thomas weeks before he died.

And here is an injury inflicted weeks before Thomas death, which an expert said was a skin complaint but a carer admitted was a carpet burn. 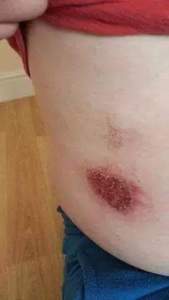 Here are public comments of Lifeways’ workers, on what it is like to work in’ community living’ where Thomas died.
Lifeways were bought by the Cambian Group just before Thomas died.
https://finolamoss.wordpress.com/2016/04/14/workers-expose-life-in-lifeways-supported-living/

The Cambian Group were sold to US Universal Health Services last September.
http://www.prnewswire.com/news-releases/universal-health-services-inc-completes-the-acquisition-of-cambian-group-plcs-adult-services-division-300383892.html

Multi million profit is being made from institutions similar to those where Thomas died.

This ‘community living’ is now the only Adult Support for the autistic and learning disabled.
Who are forced into it in secret for life by the Court of Protection under the MCA.

And this is  now nearly 10 years since abuse was first reported but ignored in Winterbourne View.

Here is Thomas as he was living with his family in the real community. 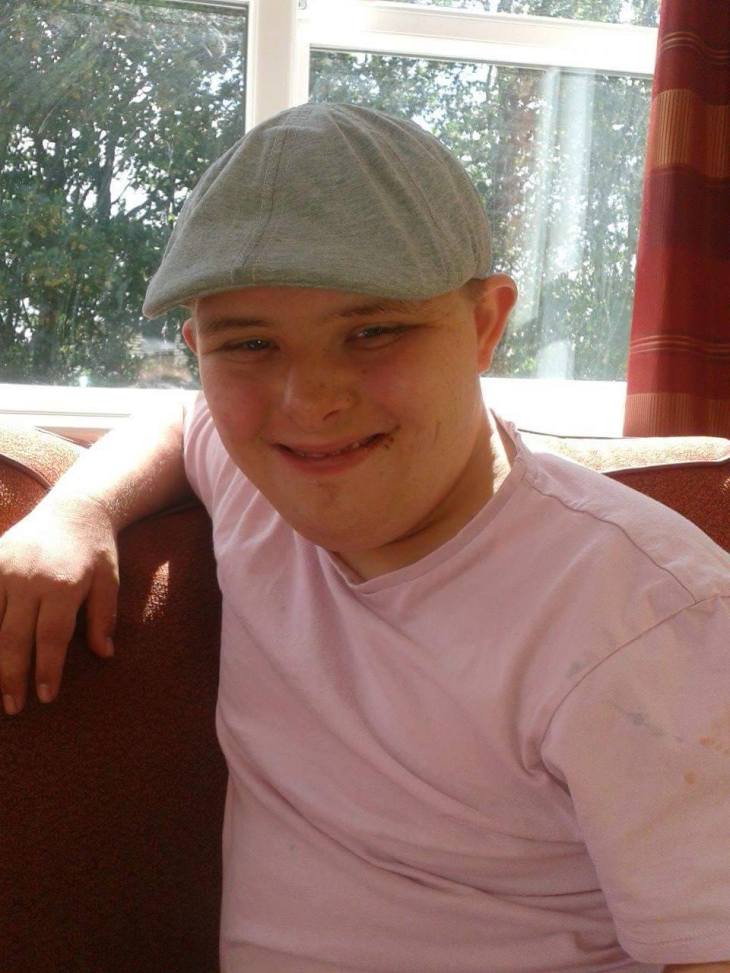