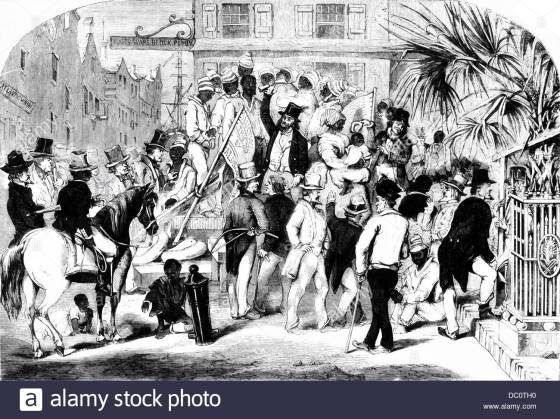 I thought long and hard before writing this post, as I did not want it to appear to condone in any way the atrocity of life and death in an Adult Treatment Unit.

Atrocities like the 7 year ‘treatment’ of 18 year old Stephanie Bincliffe in an Huntercombe ATU, paid £1761 a day to lock and drug her in a windowless cell.

And no one was held accountable when this fit young woman’s heart stopped after she ballooned to 25 stone.

Clearly, it is illegal and morally reprehensible to imprison and drug anyone, let alone the autistic and learning disabled, as this is not ‘treatment’, or, determinable, as required by the MHA.

But is the solution of ’community living’ any better ?

And why is it, that the purpose of all campaigns are only ever to move the autistic and learning disabled to local ‘community living’ placements ?

How can merely moving from an ATU regime of MHA yearly reviews and ‘treatment’, to that of MCA ‘incapacity’ and ‘best interests’ living under Deprivation of Liberty Safeguards, in the area you originate from, going to improve your life and care ?

What use is being close to family, when access is restricted, supervised, and can be terminated in a person’s ‘best interests’.

And access to your ‘community’ is strictly controlled by deprivation of liberty safeguards and the availability of care home staff ?

And how is care revolutionised in ‘community living’ ?

A person will still be locked up and drugged, the only difference is, he is taken out occasionally.

And there is even less accountability, with no mental health reviews or appeals,  CQC paper oversight and an Adult Services manager employed by the services Commissioners.

And as providers are private companies they can hide all behind commercial confidentiality.

Parents can’t complain and are gagged under the MCA, unlike under the MHA, so could not campaign for help, as Thomas Rawnsley’s mother found
https://finolamoss.wordpress.com/2016/05/08/thomas-rawnsley-a-deadly-legal-gag/

Before the autistic/LD became cash cows things were very different.

A few might be forced to spend a short time in a mental hospital and then were sent home.

ASD/LD were not sectionable per se, until MHA 07 as not mental disorders.

Now ATUs are the only solution to any ‘incident’, as GPs, nor anyone will help and parents are told to ring the police.

And the autistic/LD are then sent to and remain in ATUs for years.

And ‘being sent home’, now means being sent back to the area you originated from to live in ‘community living’ for life.

Why is this happening?

Because NHS local foundation trusts are being converted to private companies under the Health and Social Care Act and want to profit from commissioning or providing ‘community living’.

And eye watering sums are available despite austerity.

£136 million has already been provided to remove the 3000 ATU inpatients, to ‘community living’, after a’ Valuing People ‘audited them to find out which authority they belonged to.

Transforming Care Partnerships, forecast a spend of £1,478 million on “individual community support packages for former inpatients and those at risk of admission” for aftercare packages for 2015/16, as a s117 MHA prerequisite tor ‘community living’.

And lets not forget the £433 million to implement Care Act ‘safeguarding’, to relentlessly remove every ASD/LD from their family to ‘community living’ .

Money is no object when it comes to feeding private companies.

But no funds are made available for support within the family home, nor for respite, or community centres.

Since when, has a society needed to remove those whose behaviour is different, from their families and society, drug them, and spend billions doing so.

Is this not the worse form of opportunism, extortion and exploitation ?

As ‘community living’ is private and NHS Foundation Trusts increasingly so, FOIA Notices, nor even the Public Accounts Committee, will be able to find out how public money is spent.

It blames the continued holing up of thousands in ATUs, not on the illegality that the MHA is not being complied with, but on;

‘a reluctance on the part of some “exporting” authorities to fund people’s return home’, as by s117 MHA, an individual community support package, must be in place before a person can be moved to ‘community living’.

According to the information they received under Freedom of Information request, Transforming Care Partnerships were forecasting a spend of £1,478 million on “individual community support packages for former inpatients and those at risk of admission” just for 2015/16 aftercare packages..

So after 5 years of ‘treatment’, costing nearly a million, an autistic/learning disabled person is still in need of a further hundred thousand pound support package, before he can commence his ‘community living’ ?

This speaks volumes of the inadequacy of ATU ‘treatment’.

It also begs the question, can autism and learning disability be ‘treated’ ?

They are not ‘mental disorders’ but life long behavioural issues that need to be understood..

But in ‘community living’ there is no art 5 Right to Liberty, as all movement is restricted under MCA Deprivation of Liberty Safeguards, nor Right to a Private or Family Life, as parents have little access, which can be terminated at any time.

And last year Art 3 Right to Life, which allows an automatic right to a jury, if you die in ‘state detention’, was removed for those subject to an MCA DOL, as all are in ‘community living’.

Let us remind ourselves of what life was like in ‘Community Living’ for Thomas Rawnsley, provided by today’s main provider Cambian owned by US Universal Health Services .

And from the words of those working in ‘community living’.

It is indeed a Trade in People.