Maurice Kirk’s application to strike out the case against him of “breaching a restraining order” was dismissed by the Recorder of Wales at Cardiff Crown Court yesterday, 24 July 2017.

The “restraining order” related to the consultant psychiatrist who, for example, stated that MK had a “brain tumour”, with no proper medical tests being undertaken anyway to confirm any “brain tumour”. The ensuing ramifications of such a false diagnosis cost Maurice dearly in more ways than one.  Official hospital examinations confirmed MK had no “brain tumour” in 2013.

Despite the glaring irregularity that no such “restraining order” was actually legally served upon Maurice in 2011, something he has always maintained, it was stated nevertheless that Maurice “had knowledge of it” and therefore it was possible that he could be “in breach of it”. MK was arrested again for the “breach of the restraining order” after the consultant psychiatrist complained in November 2016 regarding “ongoing harassment” toward him.

Variations to this alleged order are now in place although no authority can produce any original order to Maurice through the proper “disclosure” regulations in place – despite  MK’s continual asking and  despite the Recorder of Wales official judgement that Maurice should be allowed ALL documents pertaining to his case.  [Refer to the action MK describes of “something being forced into his sock [as forcing something into his pocket was impossible as he was in a prone position on the ground] on the day of the alleged giving to him of the “restraining order] and much more pertaining to that particular day.

This 4th trial, with jury, will commence on 12 September 2017 with, presumably, the possibility of Maurice having to serve yet another custodial term of imprisonment added to the many other prison remands / sentences already served [he has served at least 6 years in prison since 2009 – some charges being dropped after months of imprisonment on remand were already served pertaining to them, with no compensation or even explanations being offered regarding these unfair remands in custody]. Each and every prison remand or conviction which resulted in a custodial term of imprisonment should be subjected to honest and unbiased investigation far removed from the authorities already involved and connected to so many miscarriages of justice – if only for the fact that there are so many documented events of what might be considered, in hindsight, the unacceptable targeting of Maurice Kirk.

Well, what a fascinating case yesterday, before The Recorder of Cardiff with Mackenzie friends crowding the public gallery just to hear Her Ladyship had ruled…..I had ‘received’ a restraining order in the cells of Cardiff Magistrates court on 1st December 2011!

News to me, boys and girls 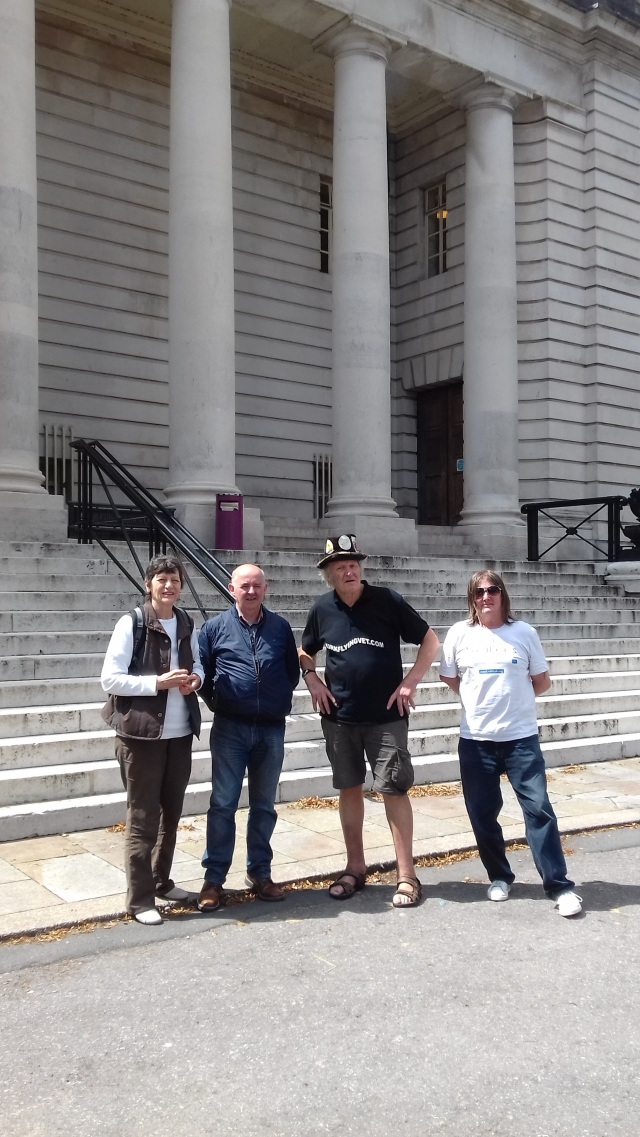 4th jury trial on the public scandal commences on 12th September 2017……sticky buns and tea will be served at the interval.