OUTRAGEOUS! NISSAR HUSSAIN CONVERTED TO CHRISTANITY FROM MUSLIM AND OTHER MUSLIMS TRIED TO KILL HIM – POLICE DO NOTHING! – VIDEO – 11 Oct. 17

From the Gofundme page for Nissar Hussain:  https://www.gofundme.com/nissarhussain

“49 year old man called Nissar Hussain. Nissar converted to Christianity back in 1996, he and his family have lived well in the United Kingdom residing up north in Bradford.

Not until a few weeks after his interview with BBC Asian Radio on 27th October 2015 Nissar was approached by a few men and attacked brutally which resulted in severe injuries which require surgery and a lengthy recovery with additional hospital visits.  As Nissar was recovering it became clear that he, along with family, had to leave Bradford as it was deemed no longer safe to live there.

Please help me by donating money to assist Nissar and his family, they are in need of urgent donations so if you wish to make direct donations please visit the Facebook page (facebook.com/nissarhussainfamily ).

Articles relating to Nissar Hussain can be found by typing #nissarhussain in google search engine.  The last time the media reported anything was when armed police needed to escort Nissar & his family out of Bradford.

As it’s becoming harder for Nissar to sell his house in Bradford the costs where he currently lives are becoming harder to pay and is relying heavily on donations to assist him until he fully recovers physically and psychologically from his injuries.

All funds will go directly to Nissar to support him and his family.”

Nissar Hussain is a former Muslim. Since converting to Christianity, he’s experienced 16 years of abuse. He tells Tommy Robinson that police, politicians, and even bishops have ignored him: https://www.therebel.media/muslims_tr… 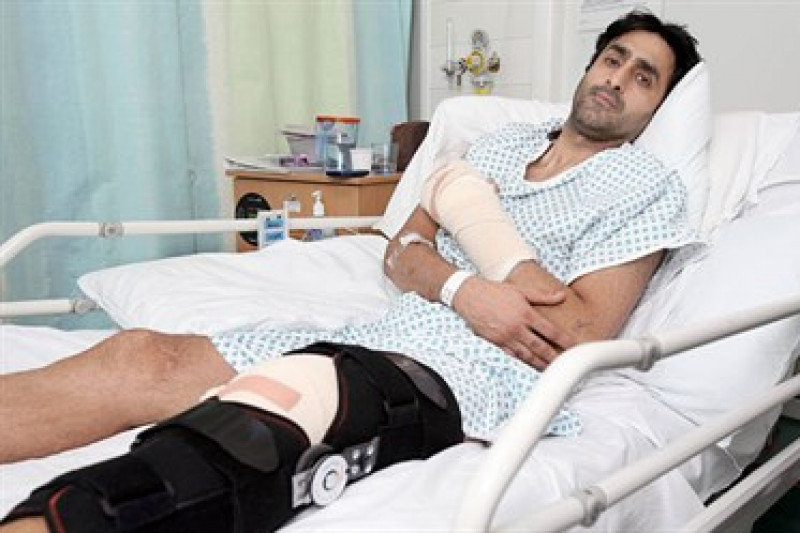 Help Nissar Hussain and his family