It is over seven years since the undercover policing scandal broke, creating shock that the police could commit such abuses against social, animal, and environmental justice campaigners in our country.

Public outrage at the scandals around undercover policing led to the Public Inquiry into Undercover Policing. Three years in, just ahead of when it was scheduled to publish its final report, it has yet to begin. Beset by police delaying tactics, people who have had their lives turned upside down by infiltration are still waiting for answers. We are no nearer to knowing the extent of the ongoing abuse of democracy.

On Wenesday 21 March the Inquiry is holding another preliminary hearing at the Royal Courts of Justice in London. Starting at 10am, it will conclude by 4pm. It will cover the the recent applications for anonymity by 12 former spycops, and whether the Guardian is entitled to publish more of a leaked internal Special Demonstration Squad report.

It is people like you, taking a stand for your right to campaign for positive change without being abused by the state, that will change history, making sure these abuses come to light and are prevented from ever happening again. Without public support, the police may get away with hiding what has happened, and be able to continue their abuses.

We will be outside the Royal Courts of Justice from 9am on the Wednesday 21 March.

Come along to the picket and stand with the core participants to support their demands that the Inquiry releases the cover names, and opens up the files on people who have been spied upon.

If you can’t be there, follow the day on Twitters @copscampaign #spycops

An alliance of people spied on by Britain’s political secret police.

A former police spy has said senior officers should hang their heads in shame for their “scandalous” conduct after they disclosed that she helped protesters to release thousands of mink into the New Forest.
The Metropolitan police revealed on Tuesday that the undercover officer, who used the fake identity of Christine Green, had taken part in a raid that released as many as 6,000 mink from a farm while she was pretending to be an animal rights activist.
Green has now come forward and criticised the Met for naming her while concealing the identities of the senior officers who had authorised her to take part in the raid. “That seems like double standards to me,” she said. 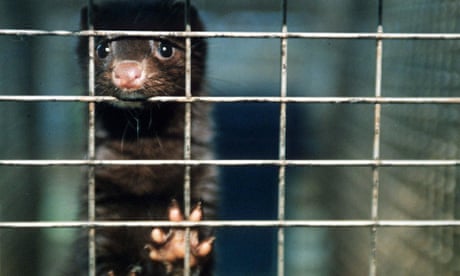 Read more
Green described how she has had a “great deal of therapy and counselling over the years” for the mental health problems caused by her covert work.
She wrote in a statement: “That the current senior management team at the Metropolitan police has chosen to expose my role, knowing the vilification and furore that would follow in the ‘trial by media’ whilst being fully aware of my ill-health issues, is scandalous. It is the Metropolitan police, not I, who should be holding its head in shame.”
Green spent five years as a member of the Met’s covert unit, the special demonstration squad (SDS) in the 1990s, pretending to be an animal rights activist.
Her deployment was revealed on Sunday after investigations by the Guardian and campaigners. Since quitting the Met in 2000, she has had an intimate relationship with one of the prominent animal rights activists she had been sent to monitor. They have lived in remote cottages in Cornwall and Scotland.
In her statement, she offered her heartfelt apology to “those activists who I was closest to and who befriended me, opening their lives and homes to me”. She said she had “made some of the best friends anyone could ever want, people who without hesitation put their liberty and sometimes their life on the line for me. I am certain they know who they are.” 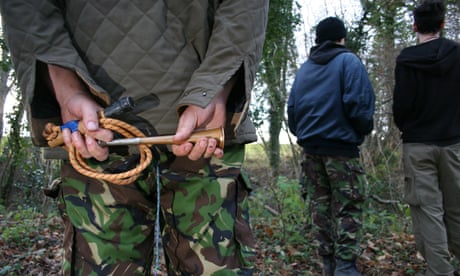 She added that her “duplicity, whilst doing my job to the best of my ability, has had a long-term damaging effect on my physical and mental health”.

The Met revealed on Tuesday that Green had taken part in the Animal Liberation Front raid that released the mink from a farm in Hampshire in 1998. The raid caused problems in the New Forest as residents and farmers struggled to prevent the animals killing pets and livestock.

The Met publicly apologised to Hampshire police for concealing Green’s involvement in the raid and its knowledge of the culprits from them. Hampshire detectives conducted a criminal investigation, but did not charged anyone.

In its apology, the Met did not disclose the identities of Green’s superiors who had authorised her to “participate in a criminal act”, other than to say that the decision could have potentially gone as high as the rank of detective chief superintendent.

Green said she had not acted as an agent provocateur during the raid. “My role at the time, which was consistent with my understanding of the aim of the SDS, was not to entrap any individual or gather evidence to bring about a prosecution, but to gather intelligence over a longer period of time, so that those planning or undertaking serious criminal activities could be thwarted,” she said.

“The Metropolitan police has told me that I am not being criticised for my role in the mink liberation and am not being treated as a suspect.”

The Met had not commented by the time of publication.

More Spycops Named, But Who Was Spied On?