DISGRACEFUL: “The DWP left one man so ‘destitute’ that the police had to step in to help him” – The Canary 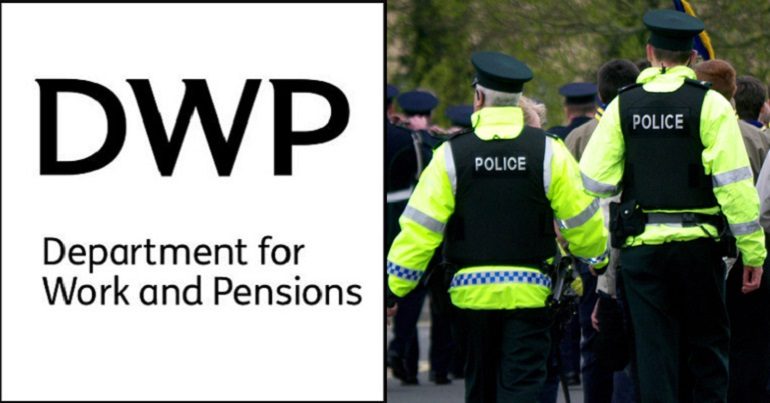 TRENDING
The Department for Work and Pensions (DWP) reportedly left one man so “destitute” that police were called out because of people’s concerns for his “welfare”.

Police Community Support Officer Chris Hamer works in the Irwell area of Lancashire Constabulary. He took to Twitter to expose a disturbing incident:

Luckily we, and @raftfoundation were there to try and pick up the pieces. Genuine lad who was trying his best to get back into work. This is happening too often which makes people destitute and other services have to step in and sort things out 2/2
— PCSO Chris Hamer (@PCSO7637) May 17, 2018

Nothing else is known about the man’s case. It appears that he was trying to do what the DWP asked of him, and yet the department sanctioned him anyway.
Evidence given to the Work and Pensions Select Committee shows the DWP sanctioning people for some of the most ridiculous reasons:
The last example is not uncommon. Between February 2010 and February 2014, 62% of people the DWP sanctioned lived with mental health issues. More recently, as The Canary revealed, more than 83% of the DWP sanctions that went to a tribunal have been overturned.

But Hamer had seen this all before. As he noted:

PCSO Chris Hamer@PCSO7637
It’s not the first time. We supported a disabled gentleman (deaf) who had his benefits reduced. Again, he had no food or utilities which pushed him to the brink. It’s deeply upsetting. It’s difficult not to get emotional over these matters.

Twitter Ads information and privacy
The DWP ‘pushing people to the brink’ is becoming more and more common. As The Canary previously reported, 73% of tenants where Universal Credit has been rolled out are in rent arrears. The Trussell Trust, meanwhile, says it’s seen a 52% rise in food bank use in areas where the new benefit has been rolled out.
For disabled people, the UN said that successive governments have committed “grave” and “systematic” violations of their human rights – creating a “human catastrophe” in the UK.
Hamer seemed to recognise the chaotic nature of the DWP. He said:

Shawforth PC Repairs@ShawforthR
17 May
Replying to @PCSO7637
I had this problem a few yrs ago. There were no jobs at all in my range and could only re apply for the same ones. Even showing them in the job centre that there was nothing there they still sanctioned me. I don’t think it’s right when it’s someone who does actually want to work

PCSO Chris Hamer@PCSO7637
It’s not fair is it. There doesn’t seem to be any logic behind it.

But the PCSO summed up the situation best with this tweet:

Francis@spidermanmsy
17 May
Replying to @PCSO7637
I was going to type ‘unbelieveable’…but then it isn’t! What’s worse is fact that young man used 5gb of mobile data-hell knows that this cost him, not counting the sanction. Hope he is appealing/getting help to appeal.

PCSO Chris Hamer@PCSO7637
@raftfoundation are pointing him in the right direction. I don’t know how making someone have no food or utilities and pushing them towards eviction is conducive to helping someone into work. It’s counter intuitive and costs the taxpayer more in the long run in my opinion.

Twitter Ads information and privacy
It’s hard to argue that the DWP is not acting ‘counter-intuitively’. And with police having to clear up the mess left in its wake, the department is plumbing new depths with every passing day.
Get Involved!
– Support Disabled People Against Cuts and Black Triangle, campaigning for disabled people’s rights.
– Read The Canary‘s full analysis of Universal Credit.
Featured image via UK government – Wikimedia and Rossographer – Geograph

OUTRAGEOUS: The DWP has been caught trying to ‘coerce’ GPs into saying their patients are fit-for-work – the Canary – PEOPLE ARE DIEING