“Stop Universal Credit” day is 01 December: “The DWP is facing the wrath of thousands of people this week”

The Department for Work and Pensions (DWP) is facing the wrath of potentially thousands of people this week. And it could be thousands more, as up and down the country people will be venting their anger over its most contentious welfare shake-up.

The DWP: Unite has had enough

Universal Credit, the DWP’s flagship benefit which combines six means-tested benefits, has been dogged by controversy. From a damning National Audit Office report to increased food bank use and rent arrears, the benefit has been in chaos. Now, Unite the Union is taking action on a national scale.

It has organised a “Stop Universal Credit” day of protest. On Saturday 1 December, it and its sister organisation Unite Community will be holding demos around the country, raising awareness of just how bad the benefit is.

GET THE NEWS THAT REALLY MATTERS

Unite gives ten reasons why the DWP must stop the Universal Credit roll out:

Unite branches up and down the country are involved in the action:

Come along to our Day of Action against #UniversalCredit in #Huddersfield on 1st December > https://www.facebook.com/events/117672859153440/ …#StopUniversalCredit 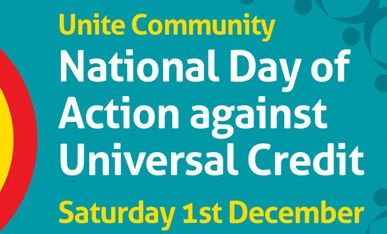 On December 1st it is National Day of Action against #UniversalCredit.
Please share and support this day. 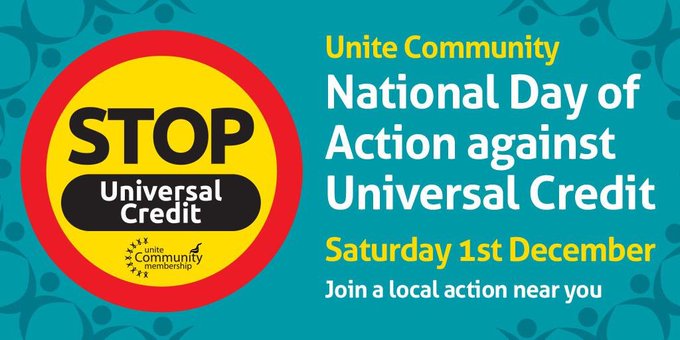 Unite is demanding that Universal Credit is scrapped – but until we get a Labour government that is committed to introducing a social security system that works, we demand that the DWP cut the long waits to receive money, allow people to apply in Jobcentres, not just online, more support for people when the system fails, allow landlords to be paid directly, an end to sanctions, and an end to money going to one named person in a household.

As The Canary previously reported, Unite’s official position is to stop and scrap Universal Credit. But the Labour Party is still calling for the DWP simply to “fix” it, despite overwhelming evidence it is broken beyond repair. And this is despite UN special rapporteur Philip Alston slamming Universal Credit as “falling into Universal Discredit”. So Unite’s day of action couldn’t come at a better time. The more people who get involved, the better.